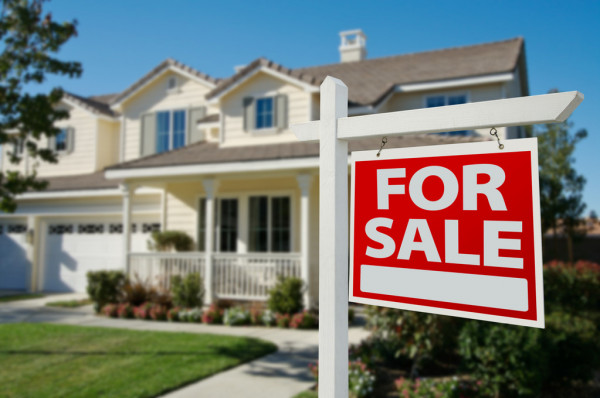 The level of uncertainty and volatility in key housing market metrics has economists and forecasters predicting divergent outcomes for the 2023 housing market.  Redfin Corp. (Nasdaq: RDFN) predicted home prices will fall for the first time since 2011 – but at a modest 4% nationally.  Zillow Group, Inc. (Nasdaq: ZG) is anticipating home prices to remain flat nationally next year while Realtor.com has among the more positive predictions, with home prices appreciating 5.4% accross the U.S. in 2023.

Sales are widely expected to be down in 2023, as higher mortgage rates and home prices, not to mention presistent economic concerns, continue to keep people out of the housing market.. Lawrence Yun, chief economist at the National Association of Realtors last month said he predicted home sales will decline by 7% next year and the national median home price will increase by 1%.  Economists say forecasts are especially tricky to make this year, given a number of unknowns in the broader U.S. and global economy that would influence the national housing market.  Those include inflation, what the Federal Reserve does with interest rates, the labor market and geopolitical issues.  Individual markets will also see different outcomes.  There are a lot of moving pieces next year that will be interesting to watch.  Here are a few key factors to track in the for-sale residential real estate market next year.

Inflation and Mortgage Rates  Economists largely agree where inflation goes in the next several months will be the major lever for the broader national economy, which will then affect the housing market.   October’s consumer price index grew 7.7% annually in October, a slower rate than economists had expected and a potential sign that inflation is starting to wane, although it’s too early to say whether that trajectory will continue.  Inflation is the biggest threat to the U.S. economy, with it at a 40 year high.  If inflation does continue to move down in 2023, so will the 10-year treasury yield, which is what mortgage rates track.  The rapid escalation of mortgage prices this spring and summer is what finally brought the temperature down on what had been a hot fire of a housing market.  The impact of higher mortgage rates in a compressed time period was like throwing a bucket of cold water on that fire.

Chief economists expect mortgage rates to stbilize next year.  Residential real estate experts are forecasting mortgage rates will average 7.4% in 2023 and end the year around 7.1%.  Although that isn’t a major drop from current rates, less volatility in the mortgage-rate market will mean buyers won’t have the sense of not knowing where mortgage rates are going.

Migration, Affordability and Inventory  Hand in hand with higher mortgage rates is buyers’ continued challenges in being able to afford a home.  In fact, despite varying predictions about where the housing market metrics will be in 2023, most economists agree that affordability will remain the signature issue of the housing market next year.  But what’s debated is whether pandemic-induced changes to working patterns or reactions to a slowing economy will prompt people to migrate to new areas of the county, in search of affordability.  During the first year of recessions it’s typical for people to remain in place, in part because job growth is slower and most moves historically are prompted by a job opportunity.  As a result of that, we typically see right away a mild drop in mobility but then, once a recovery starts to happen, people are looking for work.   Because so many homeowners are locked into a low interesst rate during the pandemic, through buying a home or refinancing, that will disincentivize owners from selling their homes or relocating.

In fact, because there are so many owners locked in a low mortgage rate, that’s likely to temper new listing activity and stymie inventory in 2023, especially since homebuilders have slammed the brakes on new projects. Despite a slower housing market, a flood of inventory hasn’t hit the market in recent months.  The number of homes actively for sale in October was 40.4% lower than pre-pandemic 2017-2019 averages.  Homes that are listed on the market are, instead, likely to sit on the market longer.

Georgraphic Differences  As has been the theme of the past couple of months, economists are predicting big price cuts in markets that have grown the most since the pandemic, and more stability in markets that haven’t grown as rapidly.  The Northeast and Midwest markets, in particular, are forecasted by some housing economists as being the most stable areas for housing next year.  The past couple of years have seen the sun belt markets like Texas, Florida & the Carolinas as the big winners in home-price appreciation and buying activity, but will likely continue to cool off those pandemic-induced gains into next year.

Foreclosures  Economists say because of how equity-rich households are today, combined with a still-strong labor market, next year isn’t likely to see a wave of delinquency in the residential real estate market.  Even with forecasts that are predicting price declines, homes will remain above pre-pandemic prices.  That will mean very few homeowners are likely to see their mortgages fall underwater.  Some markets throughout the country grew 40%, 50%, 60% since the start of the pandemicc.  They’ve built up so much equity, they could fall 15% and still be well above 2019 levels.   If layoffs become more widespread and the job market becomes tougher, that may raise the risk of homeowners who are out of work falling behind on mortgage payments.    Although some of the movement in the housing market may trigger memories of 2008’s housing crisis, current economic conditions are also much different. Households are in a much better financial condition than anytime before the pandemic.  Even though the savings rate is starting to go down, it’s only going down because inflation is persisting, but families are still in a much better position than they have been in years past.